Be Featured in our December 2020 Online Juried Solo Exhibition!

© Yukari Chikura, Solo Exhibition October 2020
Final Deadline is November 10, 2020
Each month an amazing photographer will be awarded a Solo Exhibition in our new dedicated showroom pages.
Next exhibition dates: December 1 - December 31, 2020
We want to showcase incredible work. Photography that awakens our imagination, transforms our way of thinking, or simply resonates with who we are.

The Solo Exhibition enables you to reach a wider audience through our independent magazine that has become one of the most vibrant portals of photography on the web.

Whether you are a professional photographer or a photography enthusiast, please send us a cohesive body of work or portfolio.
Only a unified group of photos will be published as a solo exhibition.
Make your online photo gallery stand out. Submit one project or a body of work that showcases unity.
You can submit between 6 and 14 images for a flat fee of $45!

Featured Solo Online Exhibition from December 1st to December 31st, 2020
Your Solo Exhibition will be featured in our Competition Gallery and in the New Showroom pages, the Home Page, our 'Top Stories', as well as in our 'Featured Photographer', 'Photo Exhibitions' and 'Article' pages.

Sell your work online with no commission fees!
Want to sell your work? No problem! In today's economy, almost 50% of sales come online! Don't miss this opportunity and skip the middleman, All About Photo won't charge any commissions if you make a sale. We will just put you directly in contact with the buyer.

Permanent Exhibition on All About Photo Online Gallery
Your solo exhibition will be permanently accessible in our past exhibitions as well as in our Article directory. You will also have a permanent page showcasing 20 images of your work in our Photographers Directory.

Your work Showcased to our Social Media Community
Gain International Visibility and Press Coverage by publishing your work across all of our online channels.
The winning photographer will be profiled via our Instagram, Facebook and Twitter accounts.
The Solo Exhibition will also be featured in our Newsletter!

International Visibility and Press exposure
The winning photographer will receive press coverage from publications and media outlets around the world. Past winners from All About Photo Competitions have been featured in major publications including The Times UK, National Geographic Espana, The Sun, The Daily Mail, The Eye of Photography, Digital Camera, and Competences Photo.
The Solo Exhibition will also be promoted on Art.Base.Co, Private Photo Review, and Visura.

All About Photo connects you directly with industry experts from around the world.
Seek this new opportunity to reach a broader audience on a global scale!

Get International Exposure and Connect with Industry Insiders, Art Collectors and Potential Buyers

Permanent Exhibition On All About Photo Online Gallery

Winner's artwork will be featured in our showroom for a month (including artist's statement, biography and link back to the artist's websites), and then permanently accessible in our past exhibitions. Winning artist will also be marketed and promoted extensively through All About Photo website (home page and photographer top stories, featured photographer and article sections).

Your Work Showcased To Our Social Media Community

The winner will be promoted on our Facebook, Instagram and Twitter accounts, with links to his website and social media during his Solo Exhibition month. The winning photographer will also be featured in a newsletter sent to thousands of artists, friends and industry experts giving him the opportunity to share his work with a wide audience and potentially seize new opportunities.

The winning artist receives press coverage from publications and media outlets around the world. Past winners have been featured in major publications including The Times UK, National Geographic Espana, The Sun, The Daily Mail, The Eye of Photography, Digital Camera World and Competences Photo. The Solo Exhibition will also be promoted on Art.Base.Co, Private Photo Review, Visura, and ArtConnect.

Juli Lowe was named the Director of the Catherine Edelman Gallery in 2015. She was hired five years prior as the Assistant Director and within a few years, Lowe helped implement new initiatives including, Ctrl+P: Photography Taken Offline, now is in its ninth year; Art Mixer, special events that engage younger collector groups; and several of the gallery's web series including, Chat Room, Hot Off the Press and Work From Home: Inside the Artist's Studio. She also oversees The Chicago Project (an online gallery started in 2003 to promote unrepresented photographers in the Chicagoland area) and has promoted the work of these emerging photographers through exhibitions, acquisitions by private and public collections and press outlets. In 2020, Lowe curated New Formations, an exhibition that featured work by four emerging artists who use the photograph as material to construct a new visual language.

As an instructor for VVrkshop.art, Lowe leads courses about pricing artwork and the fine art market. Lowe is an advisory board member for the Arnold Newman Prize, is on the review committee for proposals for the exhibition calendar (2020+2021) at Filter Space, and has juried several photography competitions including The Arnold Newman Prize for New Directions in Photographic Portraiture, All About Photo Awards 2020 'The Mind's Eye' and Lens 2016 International Juried Photography Exhibition.

Lowe travels extensively for the Catherine Edelman Gallery, attending and participating in art fairs throughout the United States and internationally, constantly engaging in the conversation and education of photography. With a background in photography, Juli previously worked at The Maine Media Workshops and as a producer for print and television campaigns. 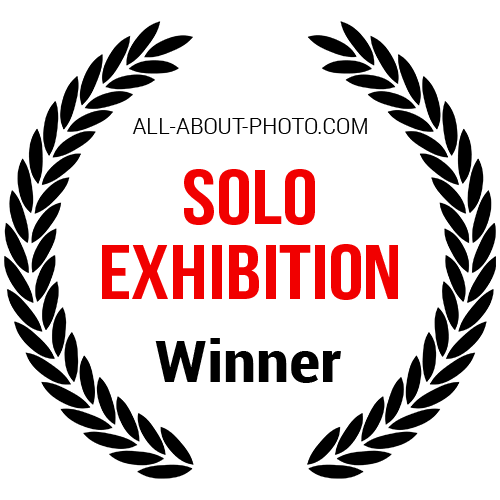 A Solo Online Exhibition from December 1 to December 31, 2020
Solo Exhibition revealed in our Competition Gallery and the New Showroom pages.
Solo exhibition published on the Home Page, our 'Top Stories', our 'Featured Photographer', 'Photo Exhibitions', and 'Article' pages.
Winning work available for sale with no commission fees.

A Permanent Exhibition on All About Photo Online Gallery
Solo exhibition permanently accessible in our past exhibitions as well as in our article directory.
A permanent page showcasing 20 images also featured in our Photographers Directory.

International Visibility and Press exposure
The winning artist receives press coverage from publications and media outlets around the world. Past winners have been featured in major publications including The Times UK, National Geographic Espana, The Sun, The Daily Mail, The Eye of Photography, Digital Camera, and Competences Photo.
Solo Exhibition promoted on Art.Base.Co, Private Photo Review, and Visura.


Final Deadline is November 10, 2020
Simple, straight forward pricing.
Application fee is
$45
for a submission of 6 to 14 images
* In US dollars (Non Refundable).
The purpose of this entry fee is to support our administrative and advertising costs.
Should works sell, artists will retain 100% of the sale price. There will be no commission.
© Yukari Chikura, Solo Exhibition October 2020
Look at lots of exhibitions and books, and don't get hung up on cameras and technical things. Photography is about images.
- Fay Godwin
Photographer

Is there a theme?

How many photos can I enter?

What is the cost of participating?

What is the schedule?

How do I send my images?

What size and format should I upload photos in?

Thanks To Our Partner