Johnna Arnold: Everywhere All Around 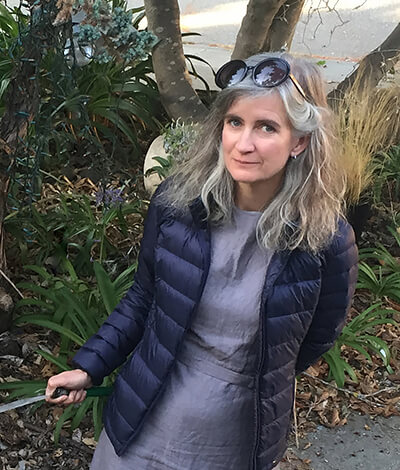 One day it happened. I was rounding the corner through the print viewing area at the back of RayKo and there was a giant, glowing seed. At least I think it was a seed. It was a glowing kernel that seemed to be emitting its own light, surrounded by what looked like the softest pine needles. It was lying there on a field of black...rich, fathomless, black. Then Johnna Arnold came out of the darkroom and I understood who was responsible for this magic trick. She was in the midst of her artist residency at RayKo Photo Center then, hunkered down in the color mural room, the color darkrooms themselves a warren of fathomless black (I still pause on the threshold and announce myself into the inky blackness and am always a little surprised when a voice answers back). Daily from Johnna, I'd been seeing fields of blue petals and other magnified, but recognizable, if altered plant species, but this was something different, so simple. So magnetic. But I should rewind a bit farther really.

It is becoming more and more rare to see artists who are making traditional darkroom prints, and beautiful ones at that. Johnna Arnold's chromogenic prints are rich and sublime and beautifully executed, which is what landed Johnna the residency at RayKo. Now when I speak of these c-prints that she makes, they are not what you think. She moved on a long time ago from the limitations of film and what could be captured by pressing the shutter of a camera. She may have initially began the project Everywhere All Around with images of gardens, decaying food in her backyard, food dying on the vine, all beautifully shot with her view camera. But then, I think it might have been too beautiful. Or too subtle. She needed to push the envelope and she knew it.

She began taking the food out of its environment and literally bringing it to the darkroom and putting it into the enlarger head. She used the actual object as a negative to make a sort of modern day cliché verre print. And what a surprise they were. Giant leaves of lettuce or kale or chard (honestly, I'm not much of a gardener) magnified on 60 long pieces of color mural paper. They were transformed beyond what could be seen with the naked eye. And the resulting images were something very different than microscope images. They were a way of seeing that was truly new and exciting and revealing. When Johnna grew tired of the natural and organic forms from the land, she began bringing in her leftover lunch or other items that might look interesting when the light of the enlarger head was shone through them. My favorite image to this day is one of a pair of intertwined greasy onions rings that look like the cosmos. Transformed. That's what these items are. Truly transformed. I keep peeking into the print viewing area to see what giant surprise may be unfurled from the processor and put up on the wall next...the possibilities are limitless and luckily, so is Johnna Arnold's imagination. 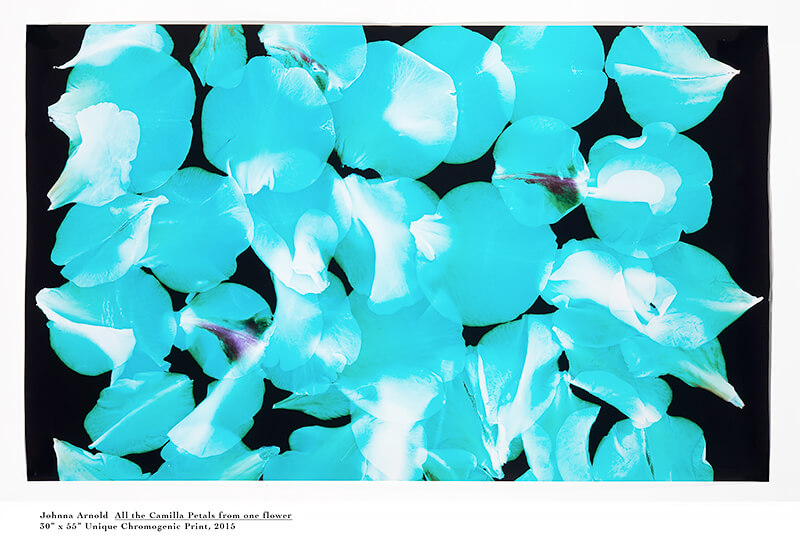 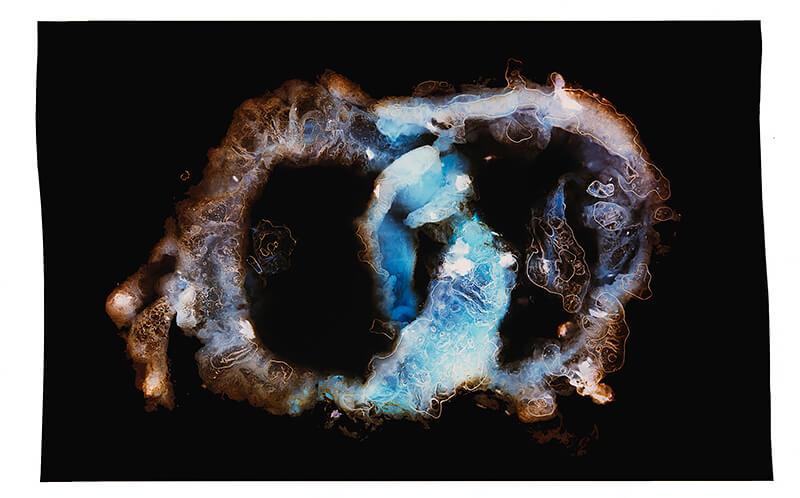 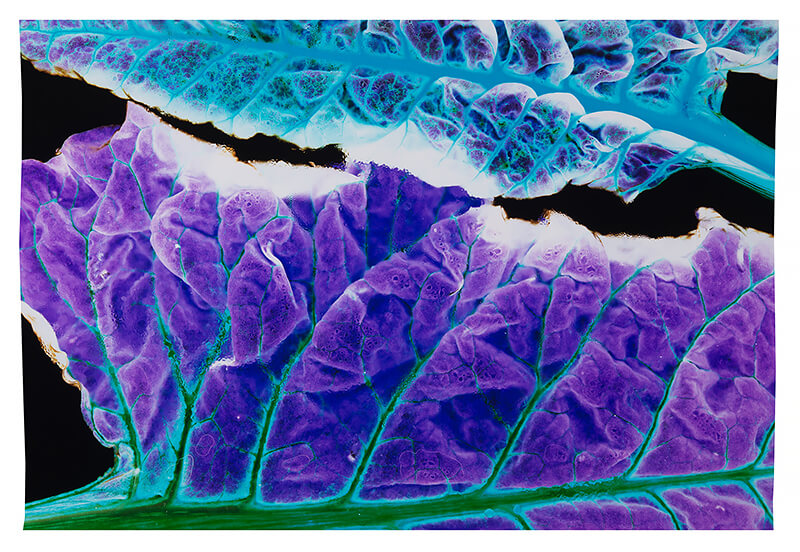 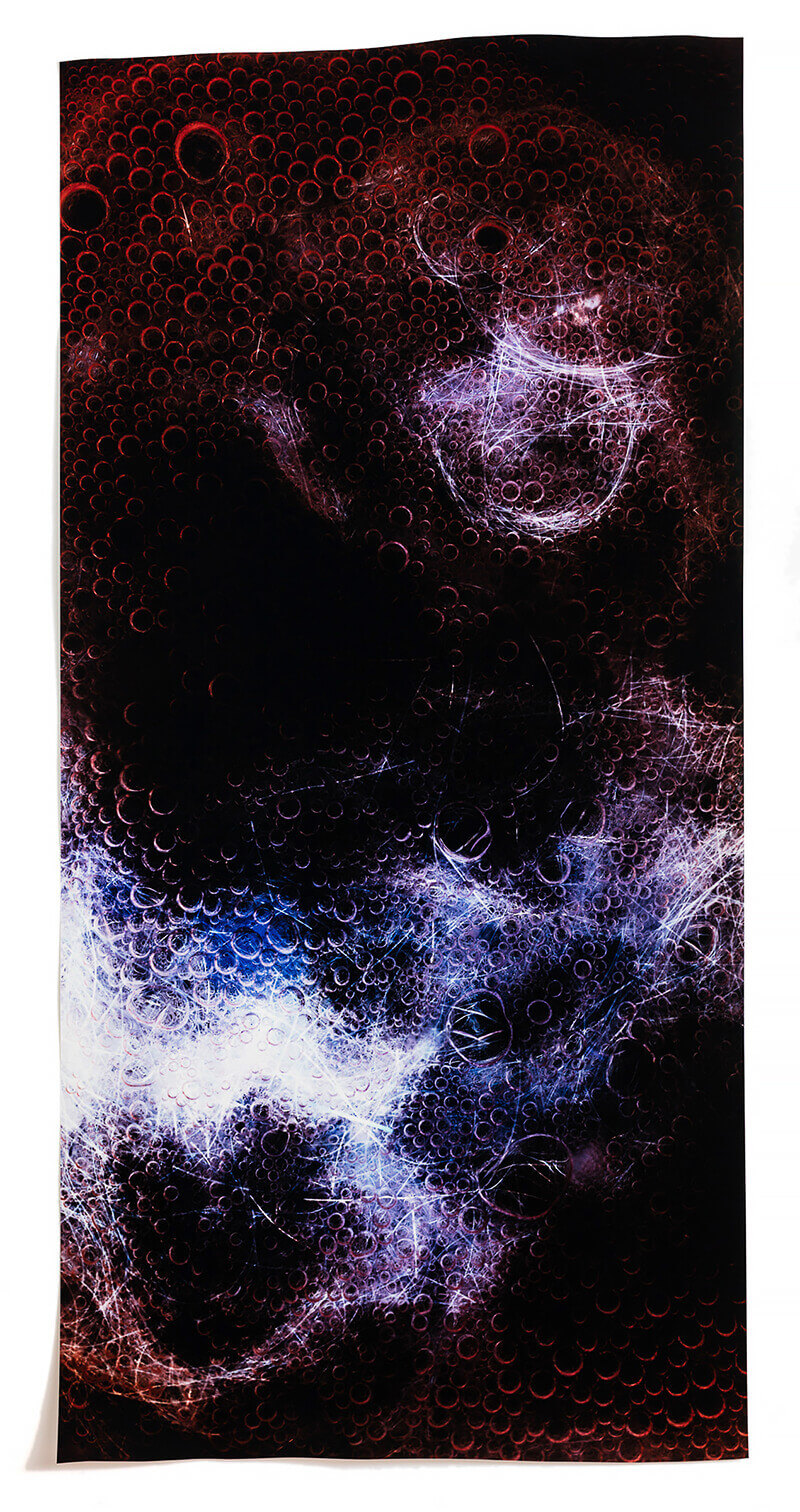 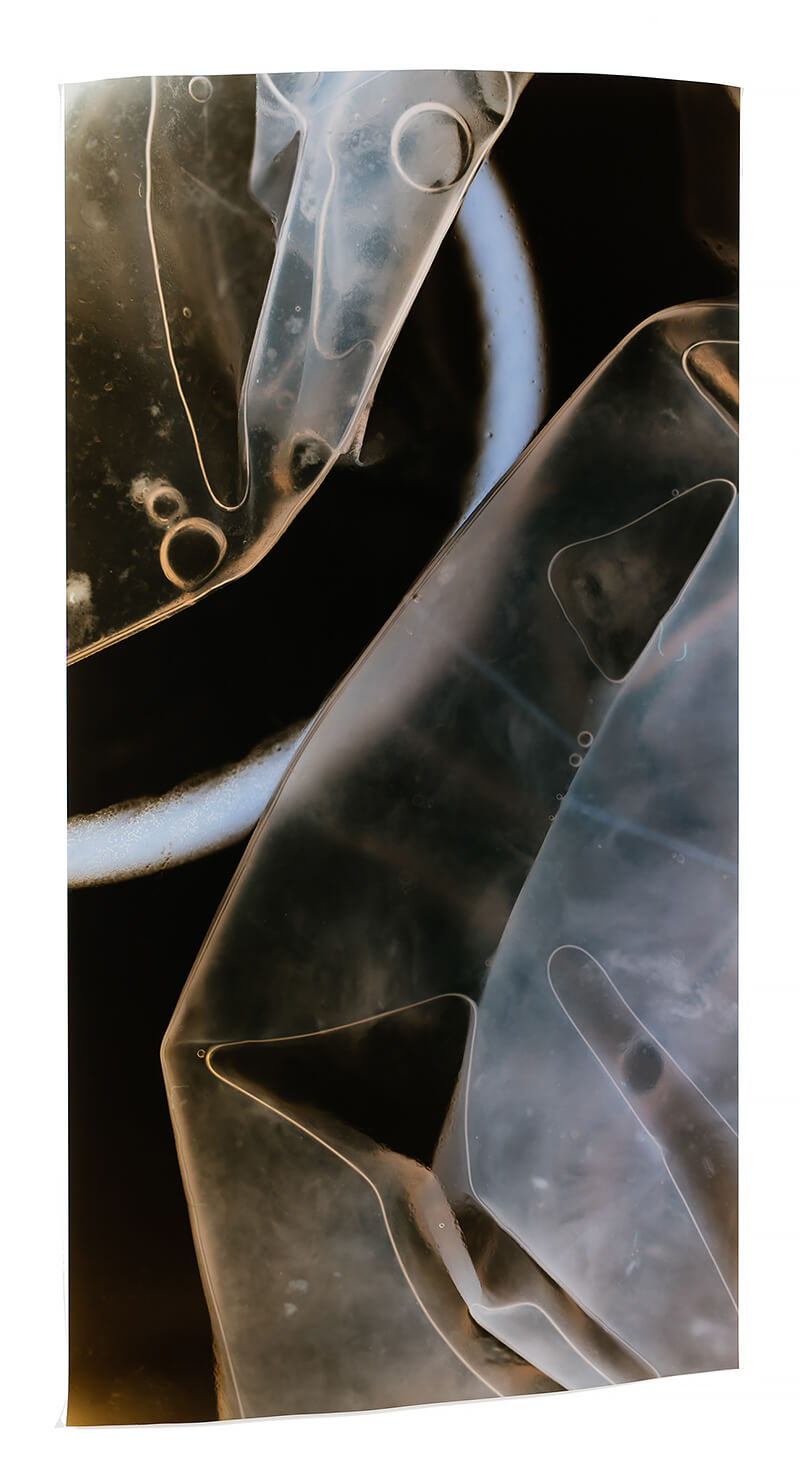 Johnna Arnold is an artist, photographer, educator, and urban farmer based in Oakland, CA. Johnna's work is based on an exploration into the individual's place in contemporary culture. She is currently creating a set of unique cameraless photographs which enlarge seemingly mundane aspects of our present-day lives, entitled Everywhere All Around. Her previous body of work, In/Finite Potential, is comprised of photographs in which she adventured in the hostile lands around the Bay Area freeway system, putting herself in context with these creatures of utility. The companion In/Finite Hut is a utopian felted hut, inside of which a projection of her encircling a small, industrial-looking planet continually plays. Her artwork revolves around her interest in the infrastructure that supports our post-industrial lifestyle, and how a small, fleshy human such as herself can relate to this vast system.

Johnna received her BA in Photography from Bard College in 1996, and her MFA from Mills College in 2005. She currently teaches classes in photography to graduate and undergraduate students at the San Francisco Art Institute, and documents artwork for many excellent museums in the Bay Area. Johnna has worked as an Artist-in-Residence at Kala Art Institute and RayKo Photography. She has exhibited at many venues including the Headlands Center for the Arts, San Francisco Camerawork, the Oakland International Airport, and the San Francisco Arts Commission Gallery. Her work is a part of multiple public collections including Pier 24 in San Francisco and UNESCO in Paris, France. 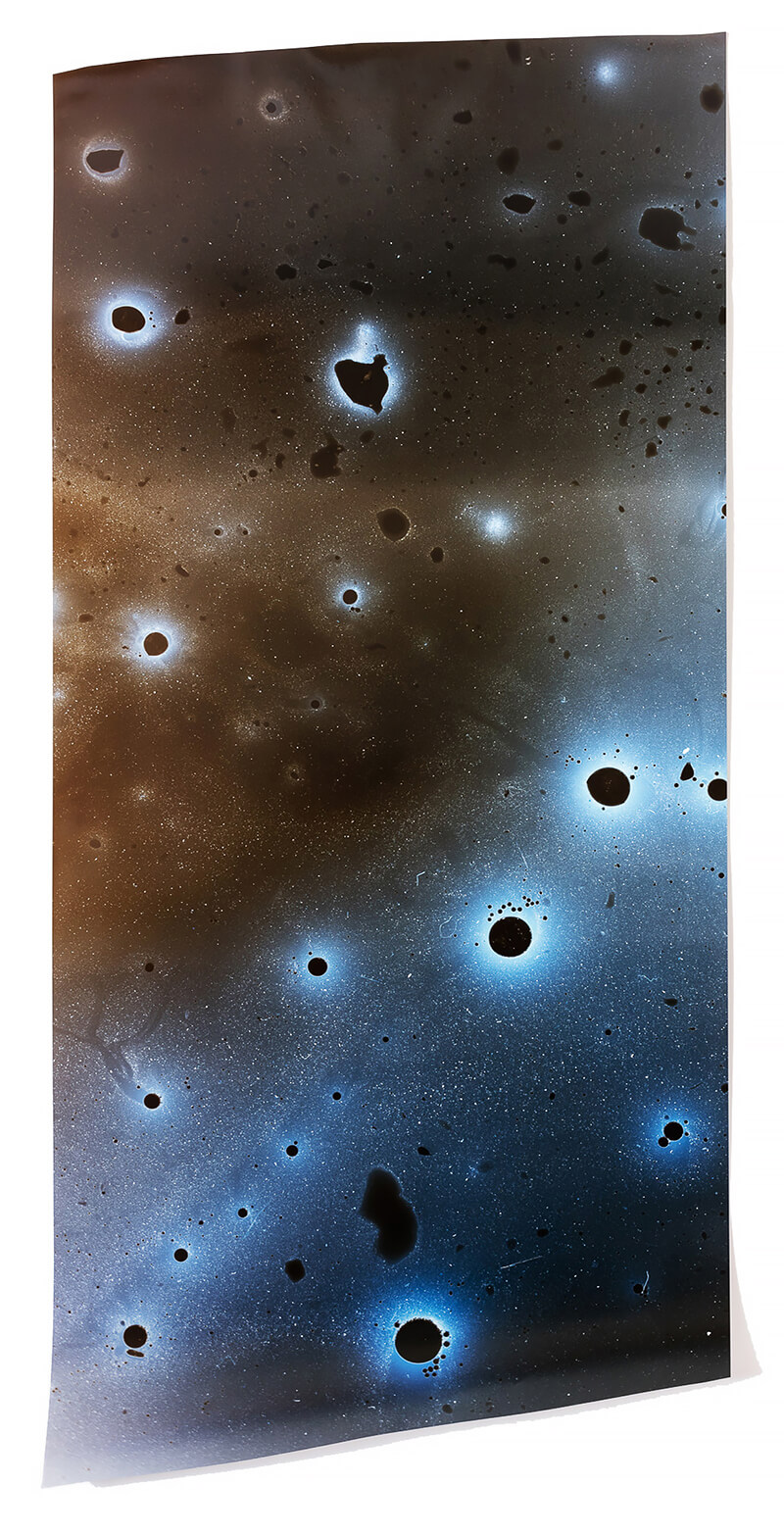 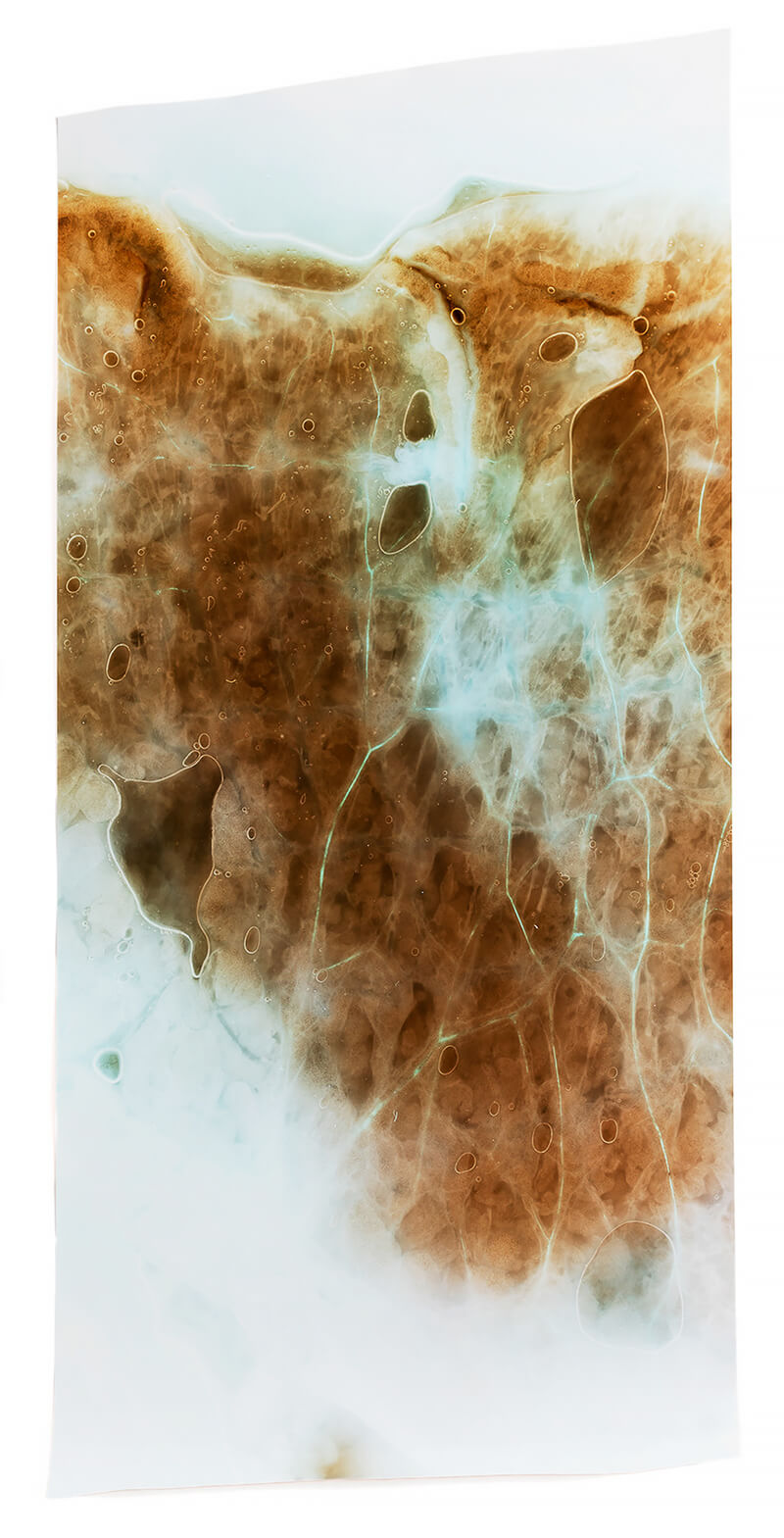 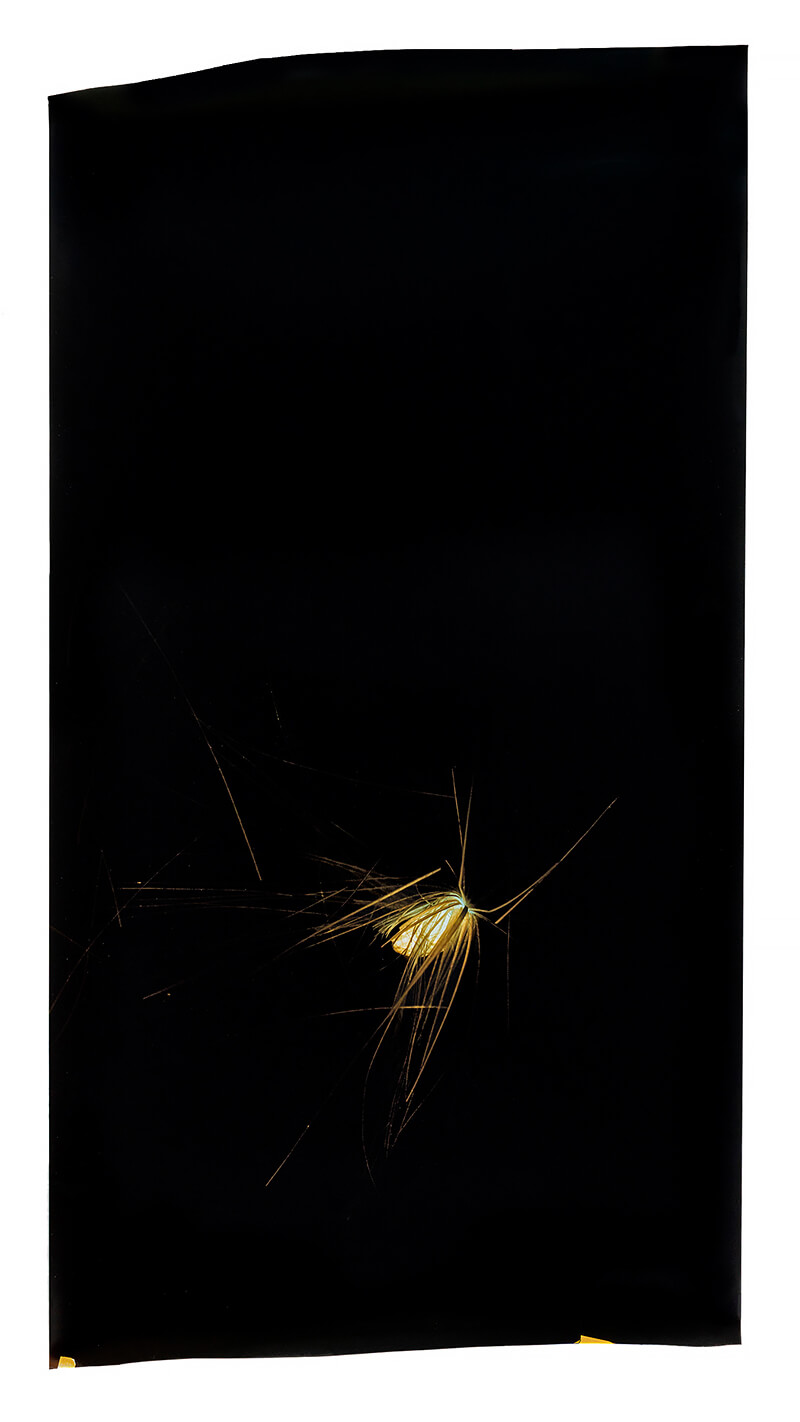 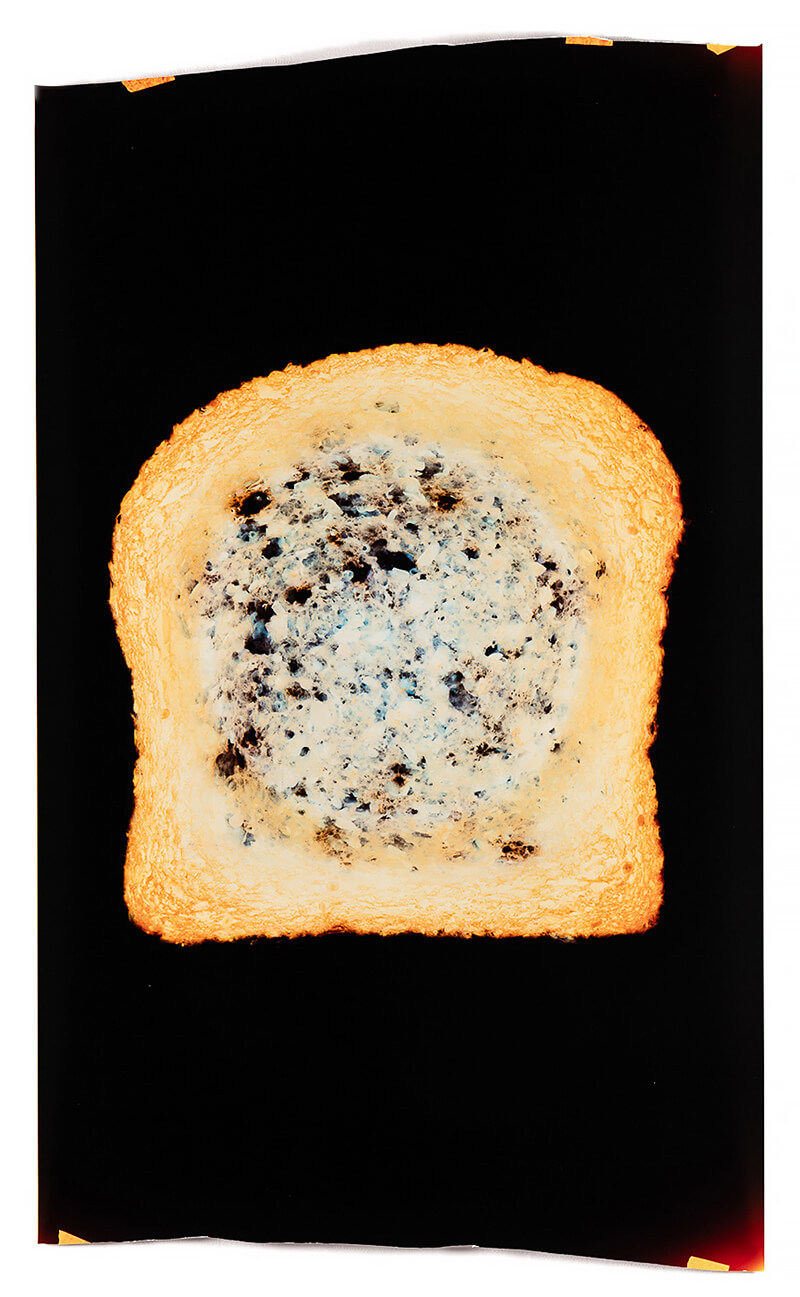