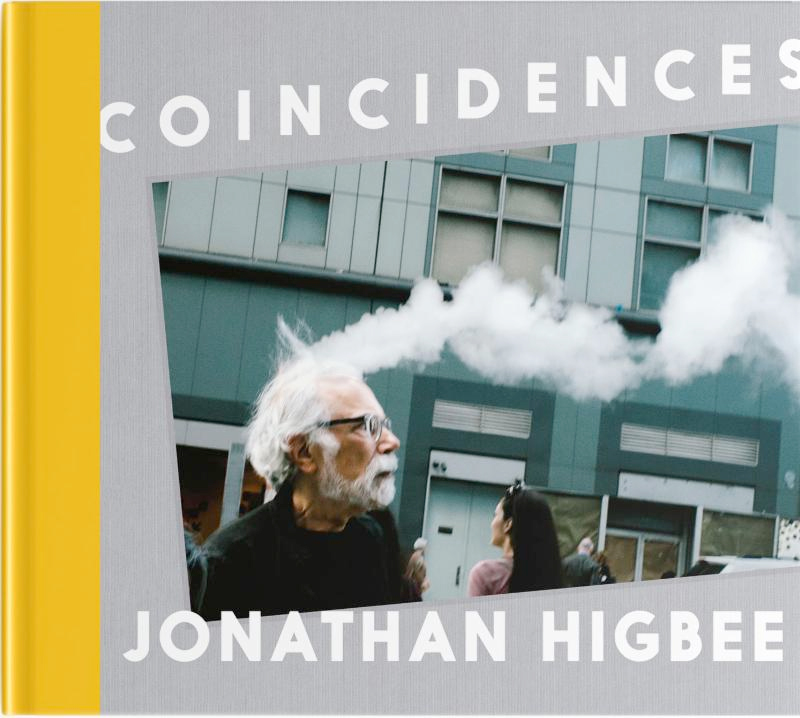 When I moved to New York, I was completely overwhelmed, overstimulated, and anxious. I loved every second of it. (...) I used the camera to distill the chaos and overwhelming nature of New York into something that I could understand and process. -- Jonathan Higbee

Coincidences, the first monograph from American photographer Jonathan Higbee, comprises over ten years of Higbee's work on the streets of New York City, including iconic and never-before-published photographs. A self-professed love letter to New York, Higbee captures moments of serendipity when people and their surroundings collide in beautiful, humorous and sometimes extraordinary ways. Aperture Gallery & Bookstore will host a book release and reception for Coincidences on Tuesday, November 5 at 6:30pm. 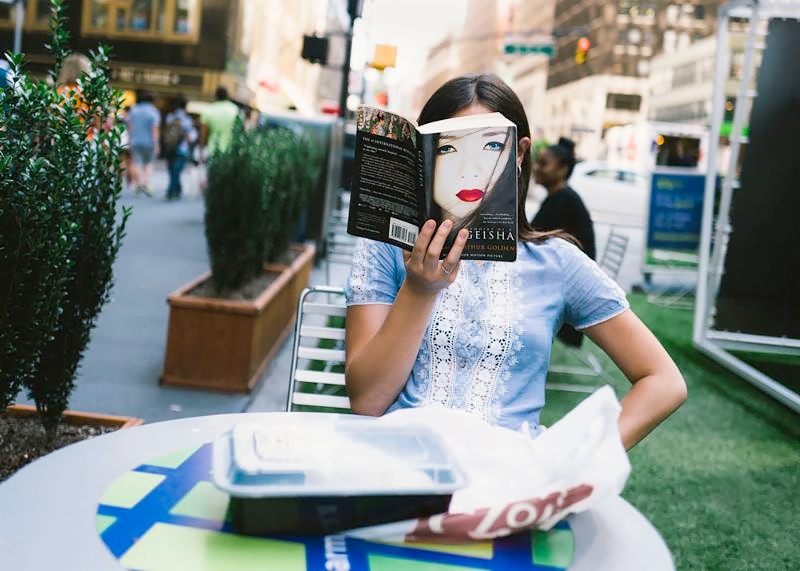 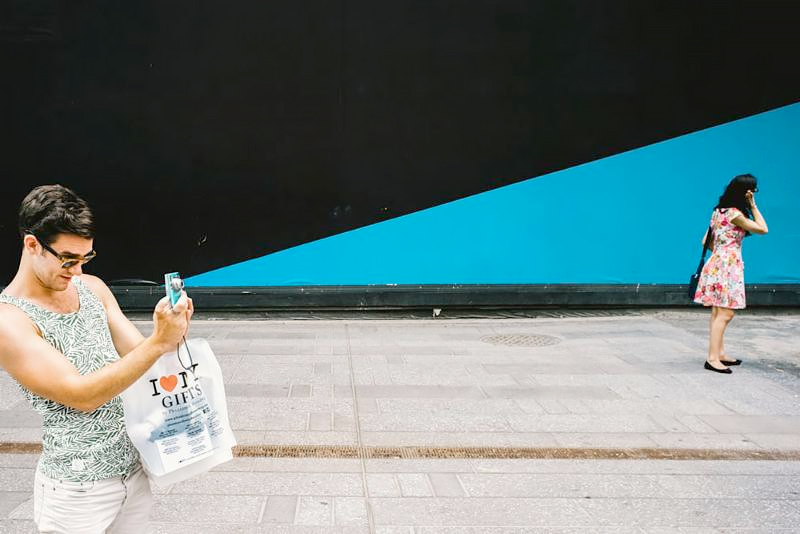 Higbee's images depict the interplay between New Yorkers often lost in their own worlds: moving through crowded intersections, past street signs and advertising billboards, and more; as they hustle to get to work, home or their next appointment. Higbee painstakingly and artfully captures fleeting juxtapositions that take on more meaning through the lens of his camera. In Higbee's New York, a dancer performs on a stage of trash, graffiti unfurls from a backpack, a father and son hide their faces with cotton candy, and a giant walks the streets of the city. Each photograph captures the wit, joy and surrealism of everyday life in an often-chaotic metropolis. 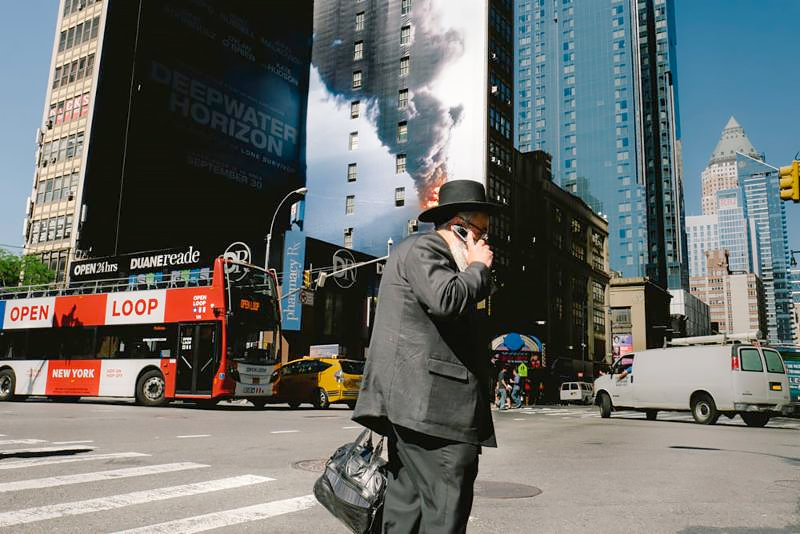 In his foreword, Academy Award-winning filmmaker Dustin Lance Black, writes: Jonathan's is an eye in search of meaning, laughter, art, conflict, criticism, love, and light. He paints pictures -- not with oil or acrylic -- but with lenses and existence, compressing three dimensions into two to point out even more beauty, conflict and meaning than most would have guessed live on our streets down every block.

Jonathan Higbee is a New York-based photographer who is often noted for his street photography, but his portfolio also includes fine art and commercial work. His photos have been exhibited all over the world and have been featured in numerous publications such as Huffington Post, Daily Mail, and Buzzfeed. His unique vision has amassed a large following on social media, including a major presence for his Coincidences series on Instagram. He was awarded the World Street Photography Grand Prize in 2015, a LensCulture Street Photography Award in 2016, and most recently was a 2018 Hasselblad Masters finalist. 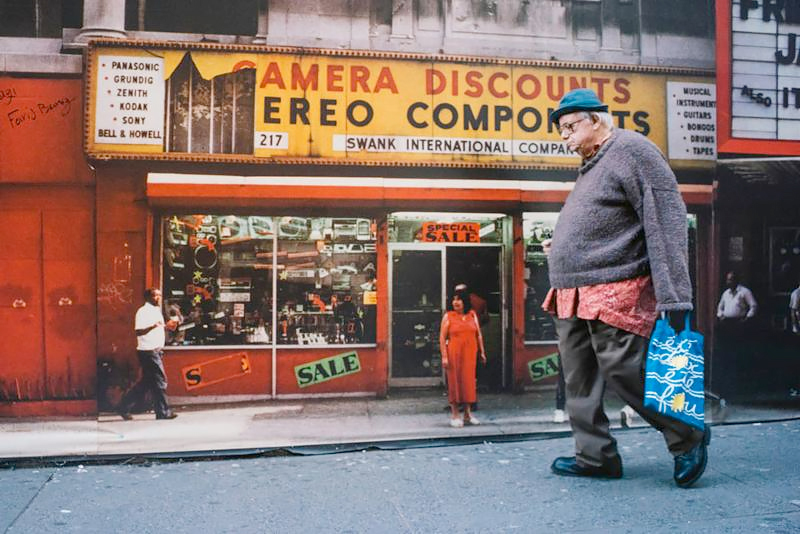 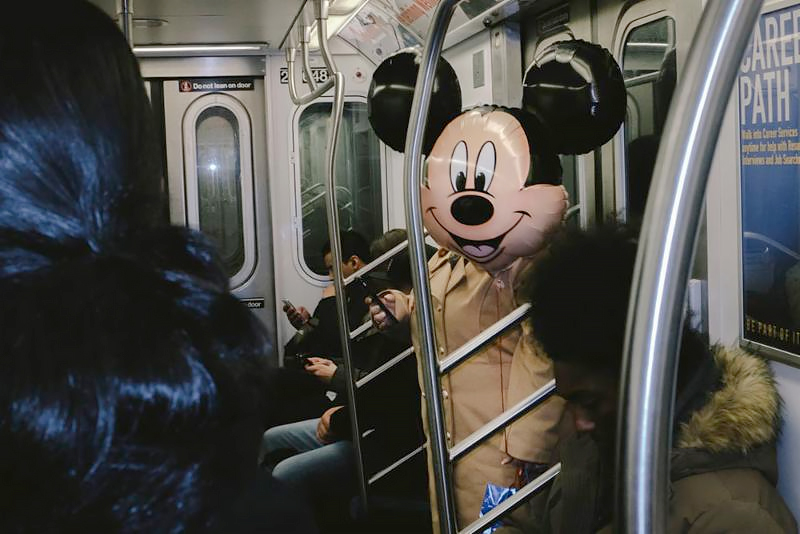 Dustin Lance Black is an American screenwriter, director, film and television producer, and LGBT rights activist. He has won a Writers Guild of America Award and an Academy Award for the 2008 film, Milk. Black is a founding board member of the American Foundation for Equal Rights and writer of 8, a staged reenactment of the federal trial that led to a federal court's overturn of California's Proposition 8.

Anthology Editions uncovers and fashions cultural narratives as books, music collections, online experiences, and exhibitions. Stories of every caliber and color communicate and resonate within the new canon Anthology Editions seeks to establish.

All about Jonathan Higbee